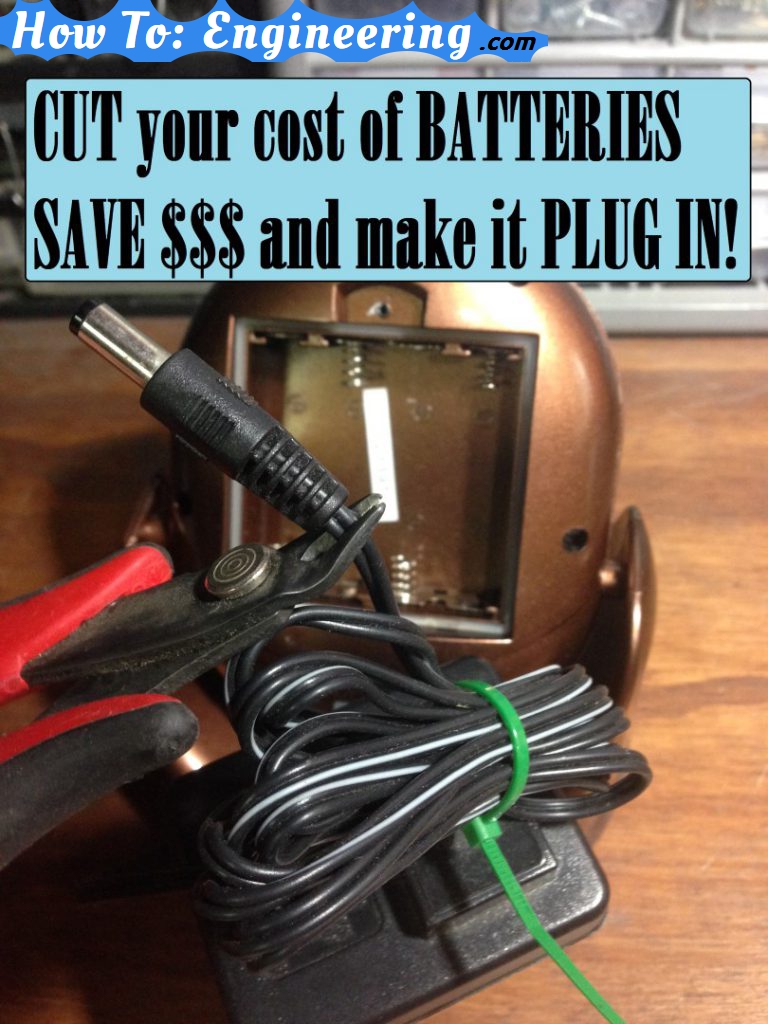 My uncle bought my grandma a motion sensing light that uses BATTERIES!!! We tried it 2 weeks ago but the batteries are DEAD, ALREADY! I wanted them to have a good safe light, so I am adding a power pack to power this.

Here is a video I made, or you can Read the article below. 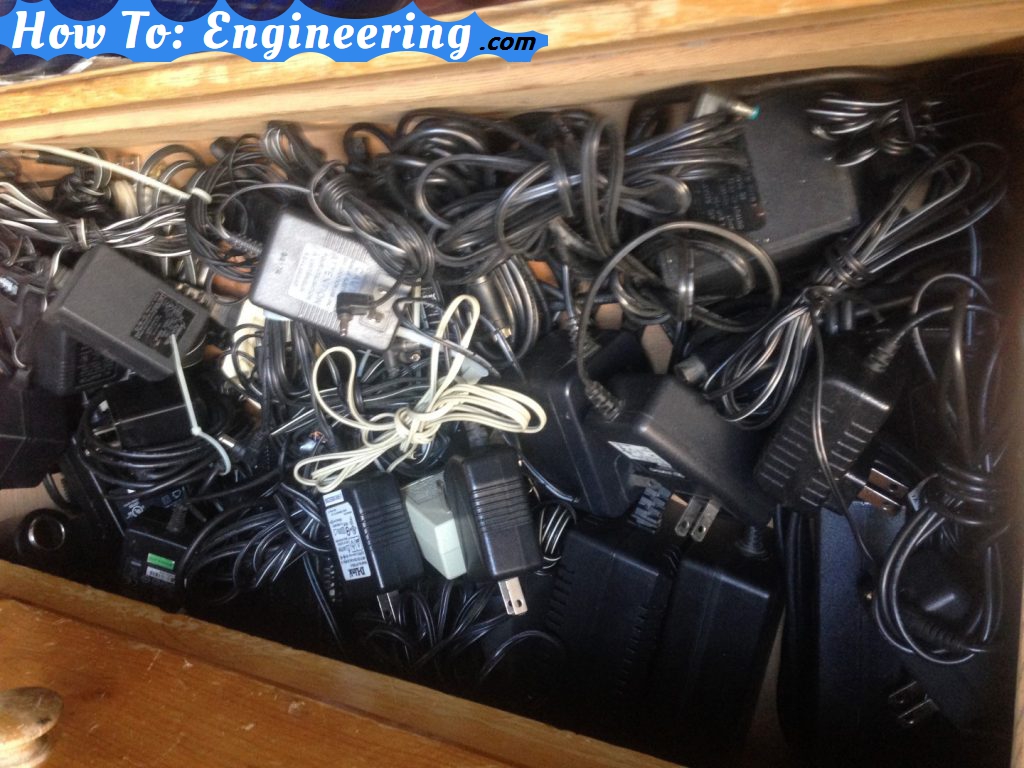 I have a few power bricks in my storage so Lets pick one out!

This LED light does not use much power so 1A power should be fine!

You can find a universal power pack on (Amazon) 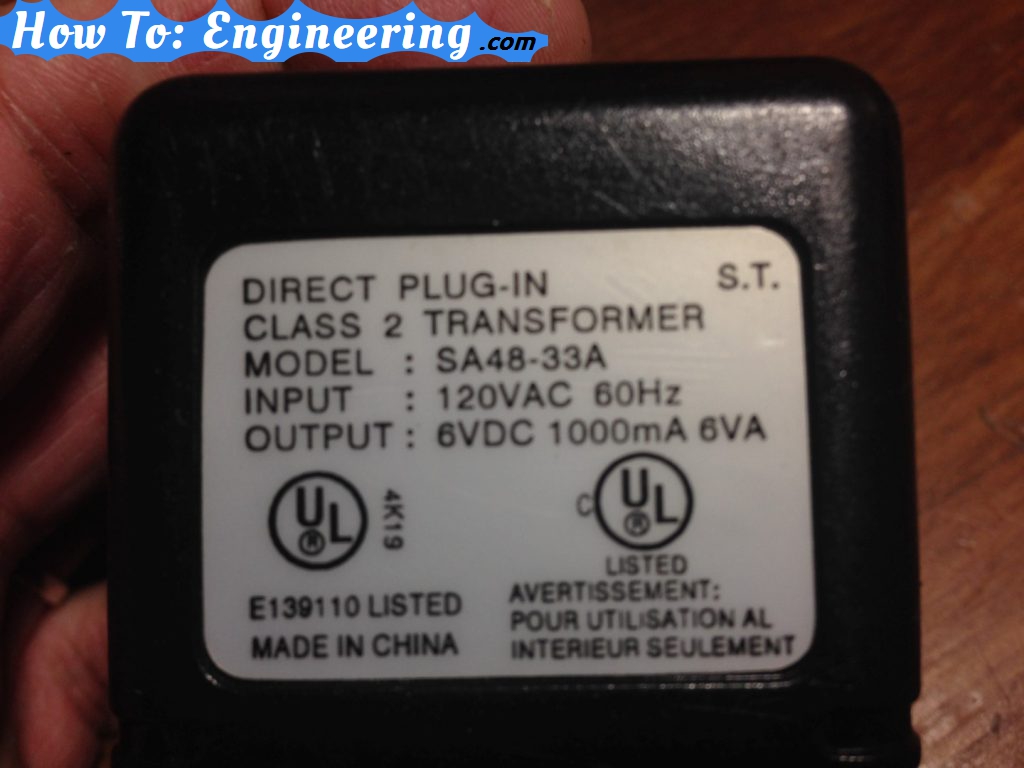 We just need to make a way to attach these two. 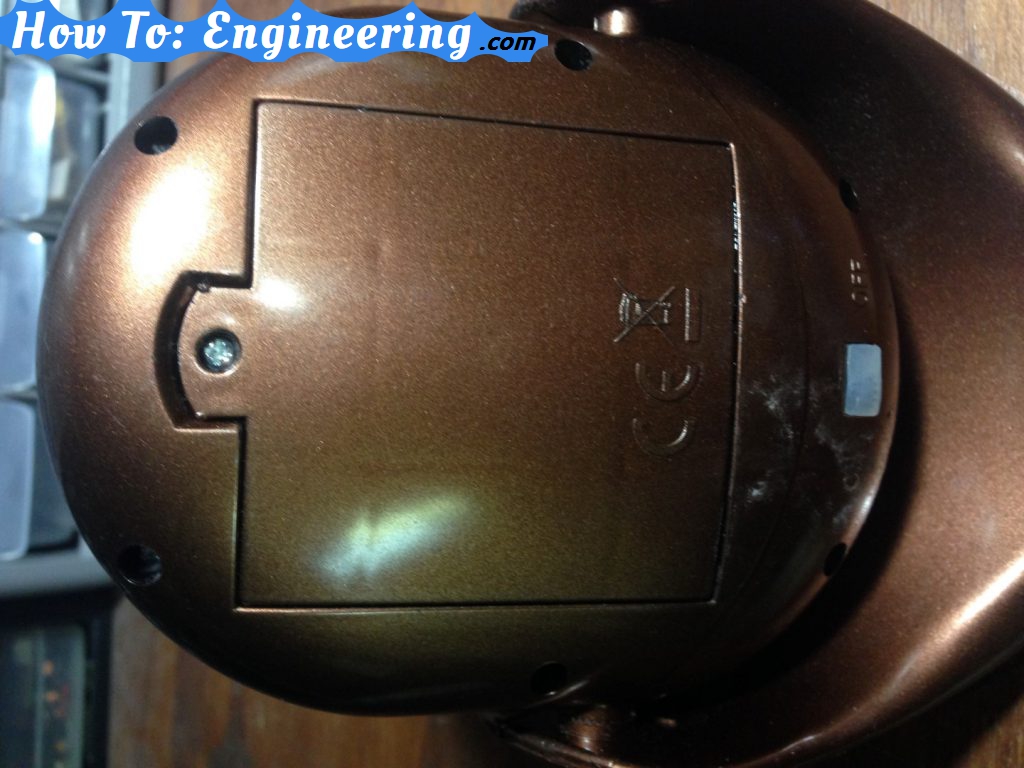 The battery compartment has a screw to remove before I can open it. The battery compartment holds 4x AA batteries. But only 2 of these contacts goes to the electronics inside. The others are used to connect the batteries in a row. 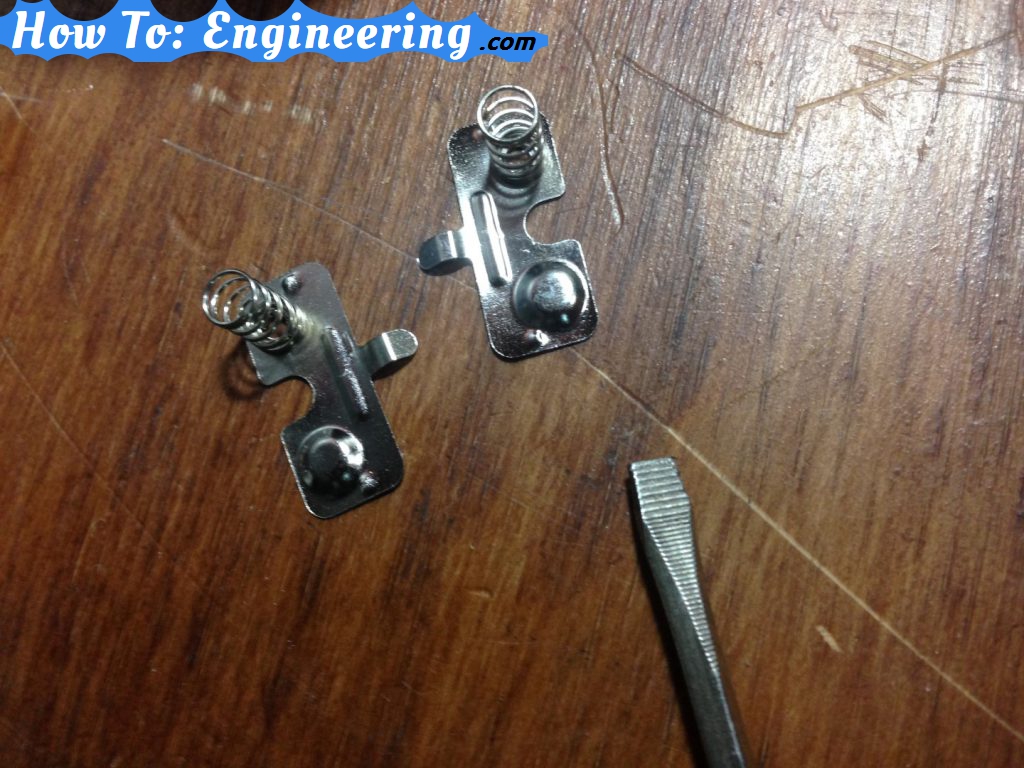 I was able to pry off these battery tabs using my flat head screwdriver. Here you can see the 2 remaining contacts that provide the power to the circuit board inside. 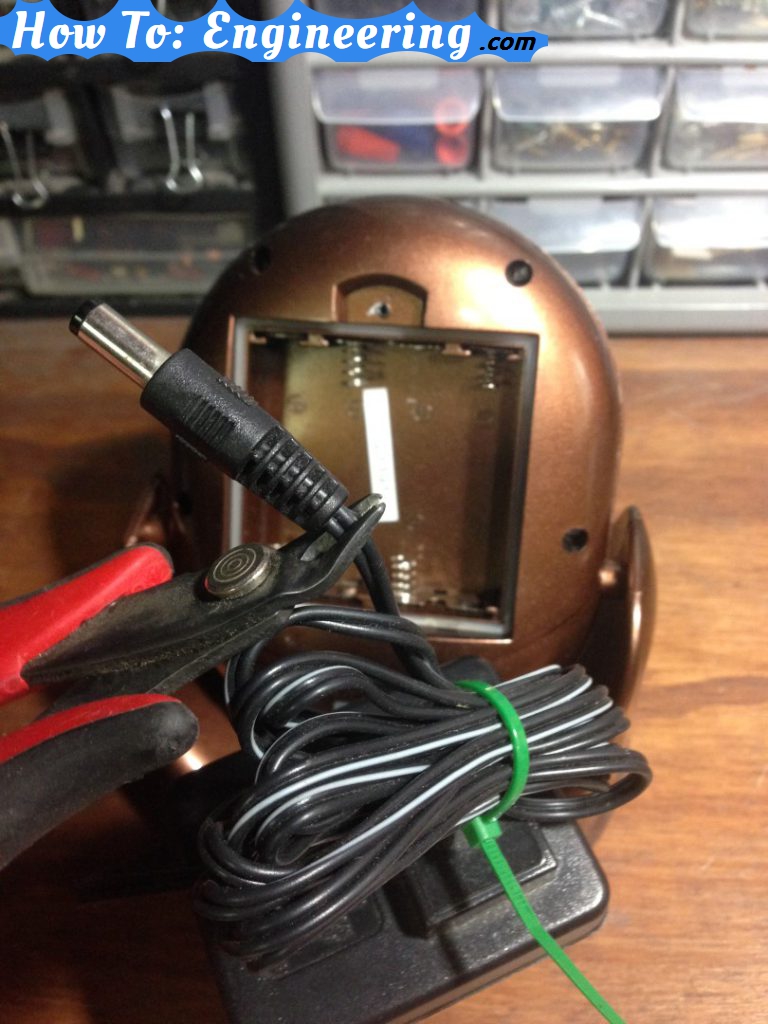 I cut the power wire off the end, leaving as much wire to the power pack as I can. (Be sure to check which wire is + and which is – before cutting, Its often shown on the label [TIP +] or [TIP -] or you can use a meter) 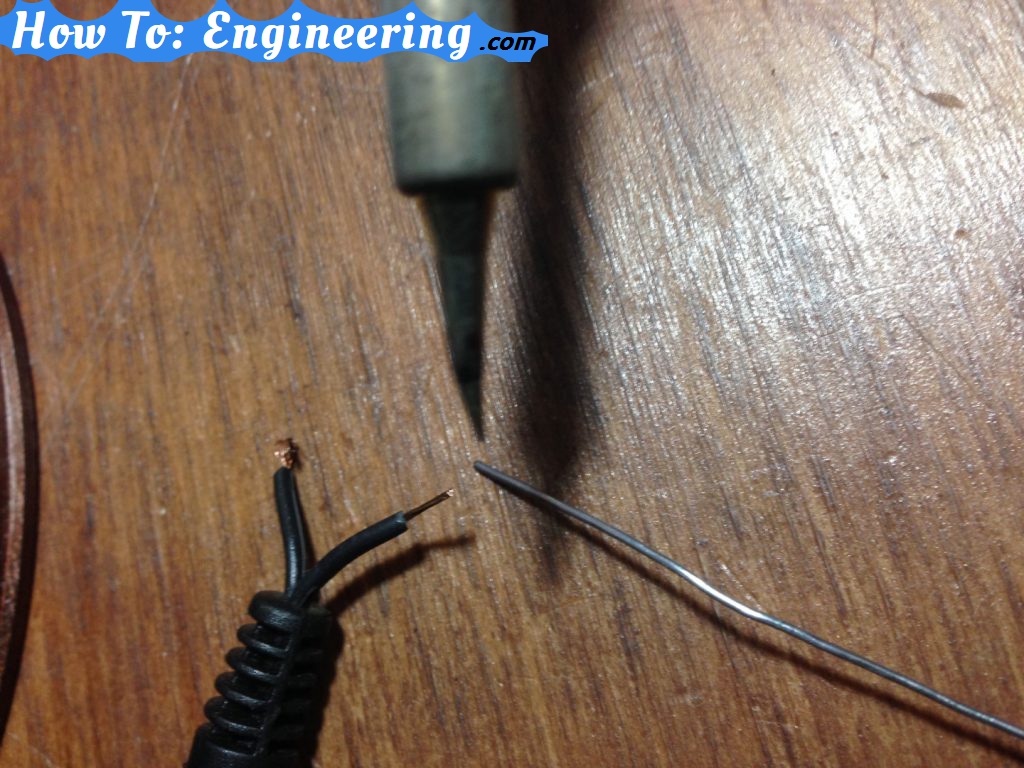 I apply a bit of solder to the tips of the wires and a little to the 2 battery contacts in the battery compartment. 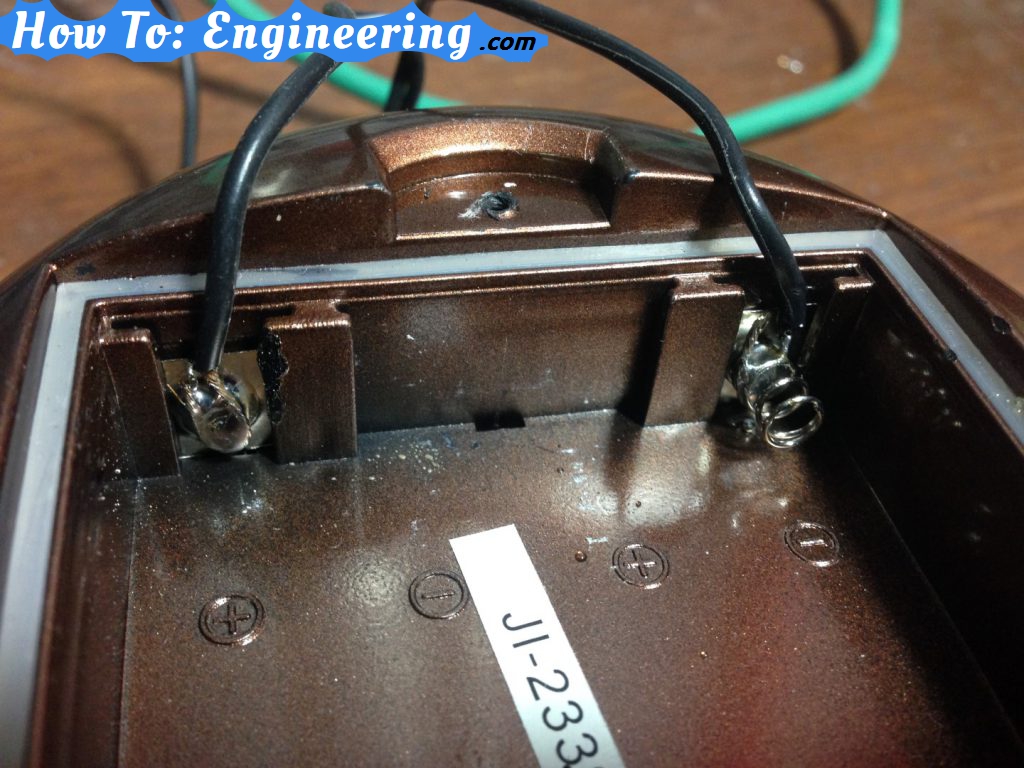 I then solder the wires to the contacts. The spring is the negative. Since they both already had solder and the battery posts were heated after I did the wire, It was easy to solder them on. (The battery posts being larger = takes longer to heat) 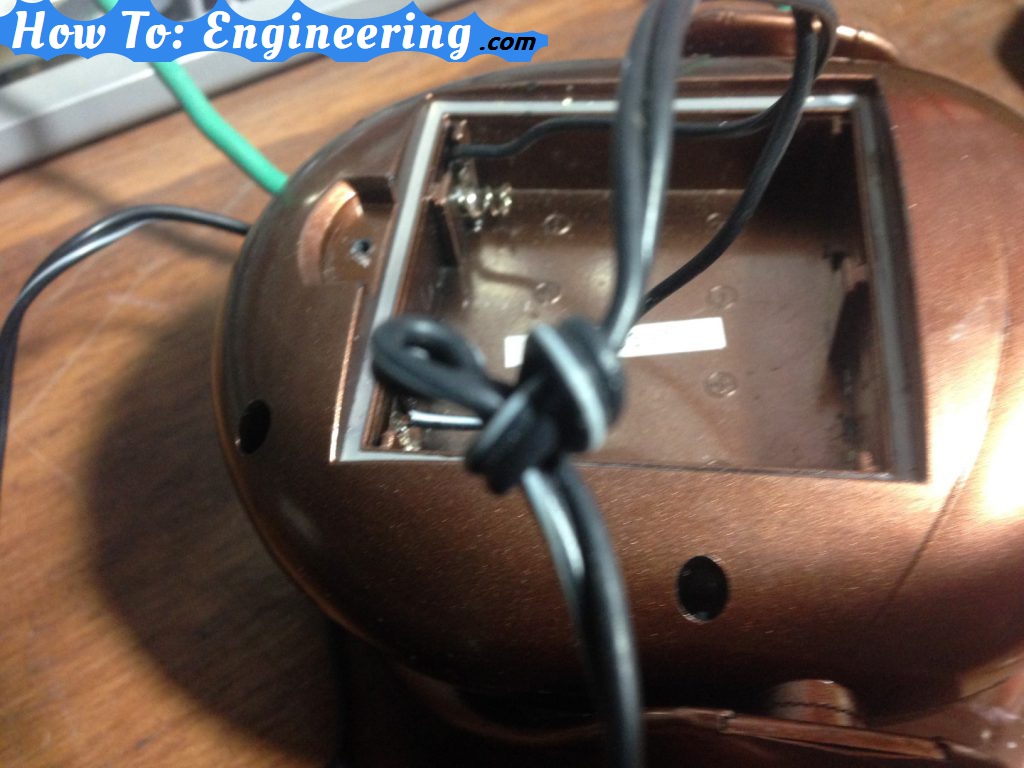 I tie a knot in the wire a few inches after where they are soldered. 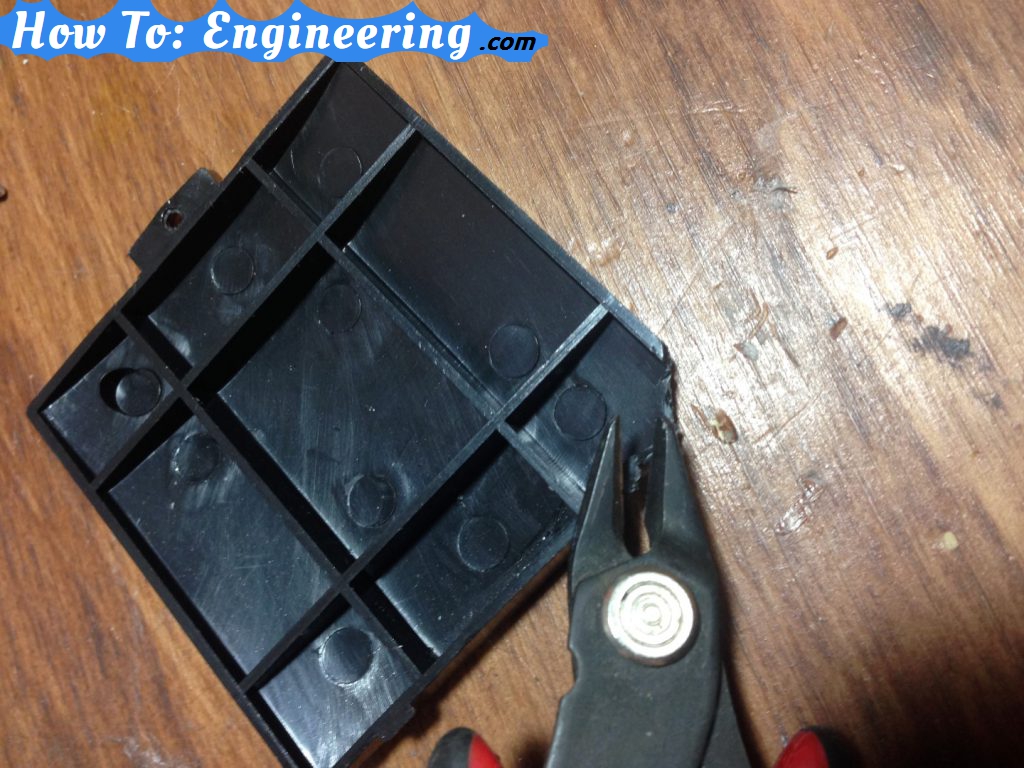 I had to cut the corner off the battery compartment to have the wire go through. 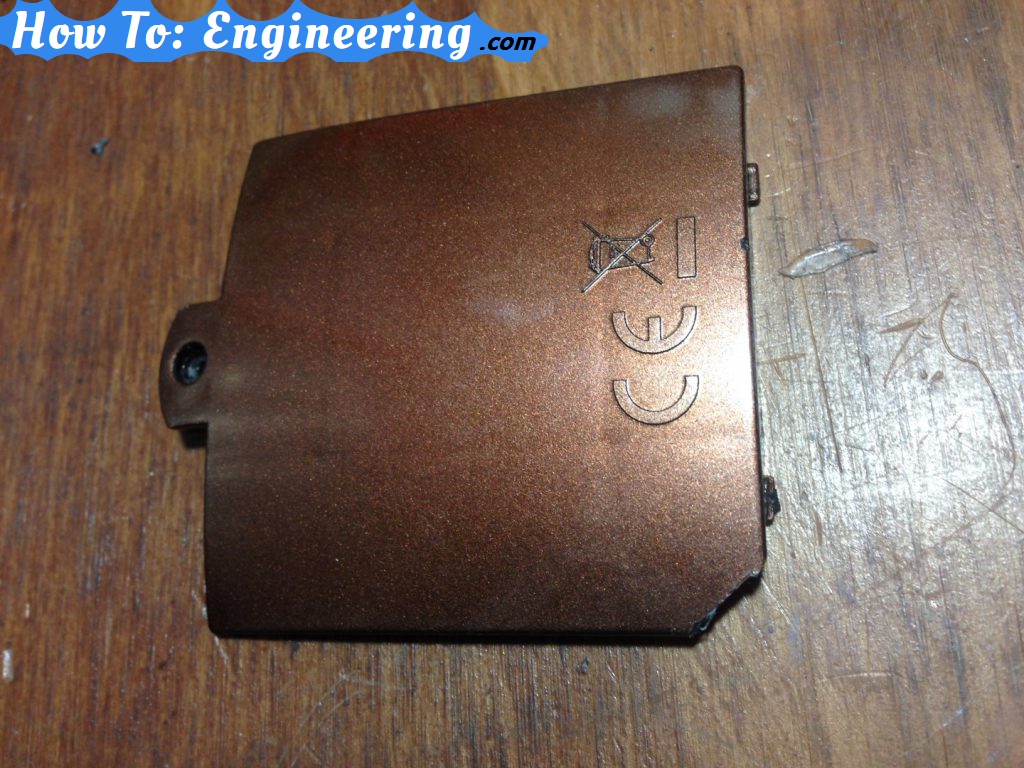 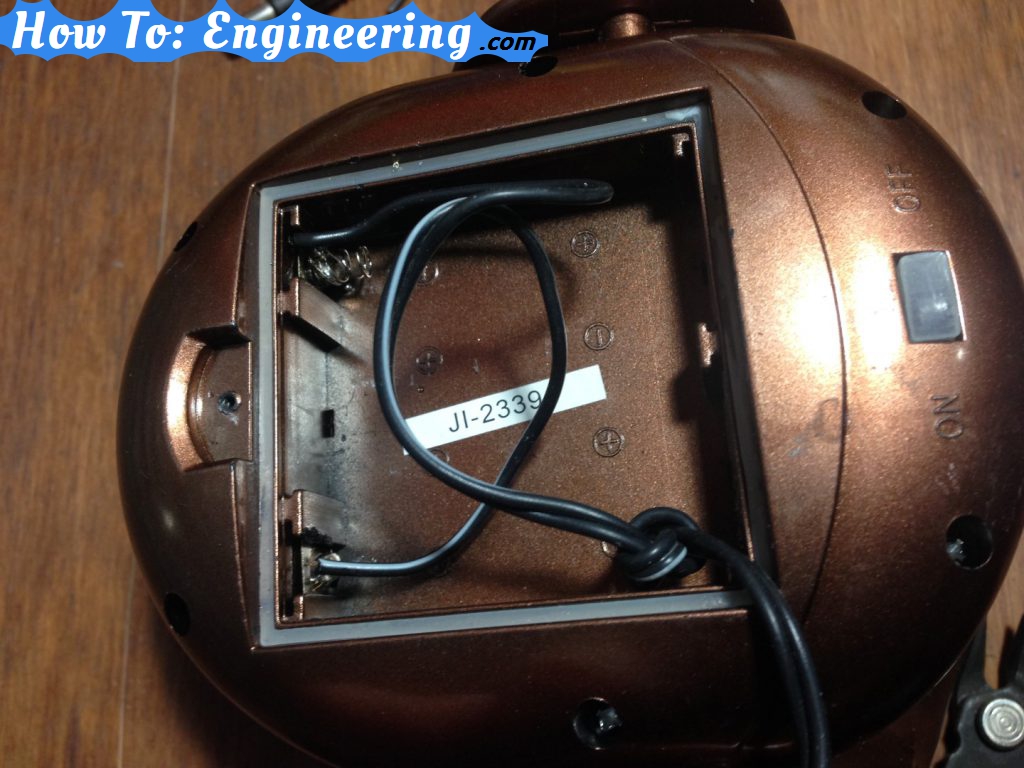 The knot left me with a little slack of wire inside the battery compartment, Which is exactly what we want! 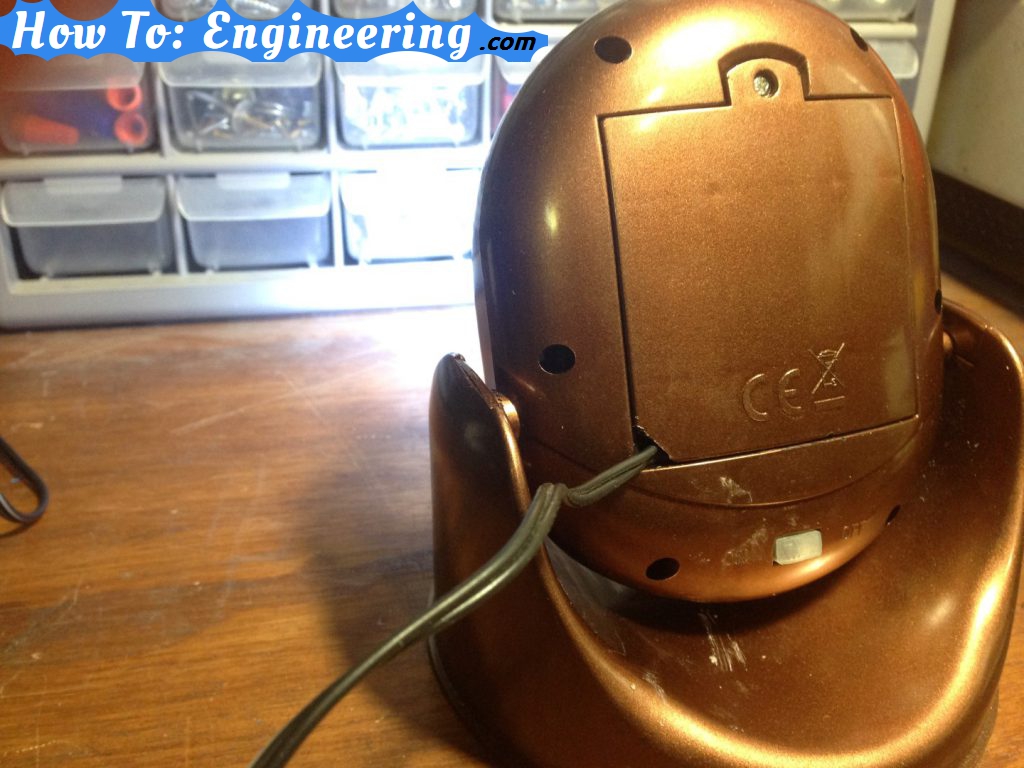 My first test and it works great! Now when my grandma gets out of bed she has light to go to the restroom without touching a light switch or no worry of the batteries going dead!