I have been making weekly videos for a few of my YouTube channels and I can not keep up with the editing using my old PC.

When I was editing footage from my DSLR camera, I would hit play to preview what changes I made and the audio would play but the video would not. At this point I knew I needed a new PC!

Here comes the 8 core AMD RYZEN to the Rescue!

Check out my Build and Unboxing Video:

I know everyone else is comparing the new AMD Ryzen processor to Intel, But I will do something different and compare it to my last computer described above.

Check out the parts (Mobo, Ram, SSD, etc) of my build on our Equipment we use page.

Check out my AMD Ryzen Benchmarks: 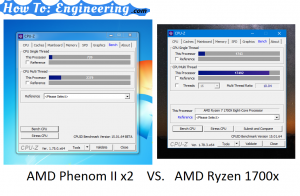 My new Editing computer gained 1000 points in Single thread and was completely killed in Multi-thread!

I also upgraded the SATA SSD to M.2 NVRM which increased the Read/Write Speeds! 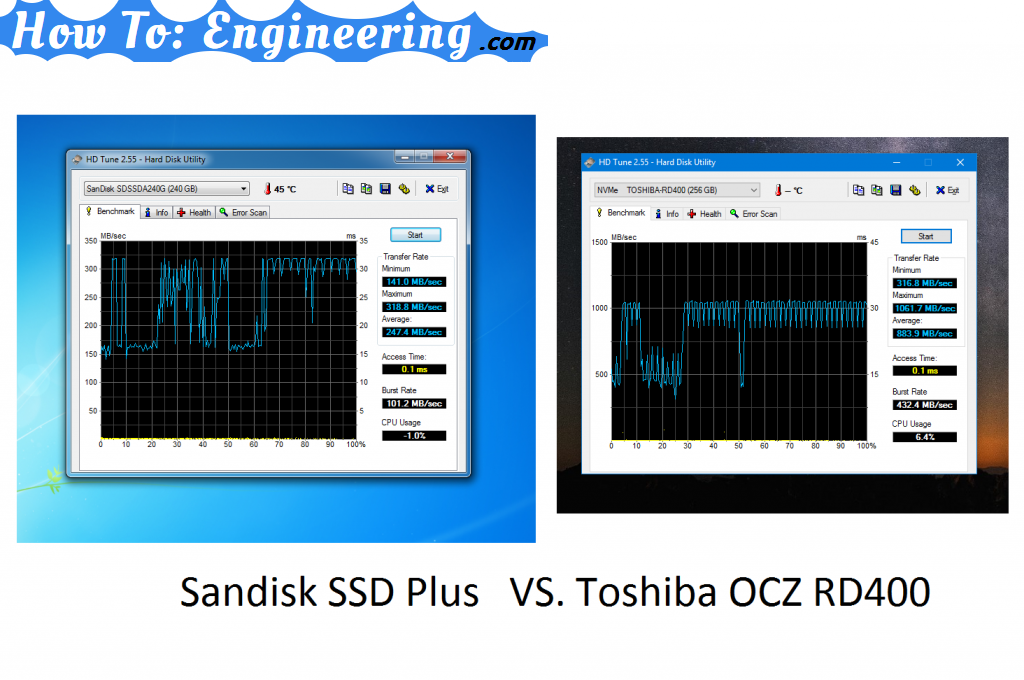 The Sandisk SSD Plus drive was not as consistent as the Toshiba OCZ RD400. The Sandisk is also a much slower drive. I am very happy with my new upgrade!

I also ran another speed test on these SSD drives. See the difference between my Sata 3 drive VS my new M.2 NVRM high speed SSD. 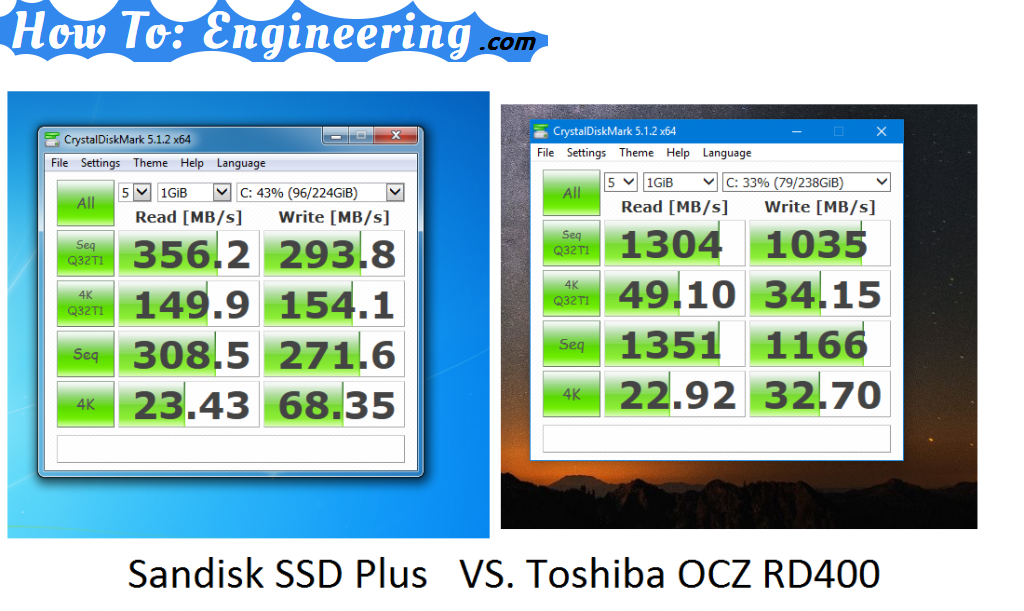 Enough Specs, Get to the build already!

I wanted to save a little money and reuse some things from the old computer. I am going to reuse: Case, Fans, 2Tb hdd, cd/dvd sata.

Here is what I ordered:

*Note: Its best to stick with all the same brand, type, and speed ram your computer and not mix types. See your Motherboard Manual for information on compatible types and which slots to use.

AM3 cooler on AM4 socket! 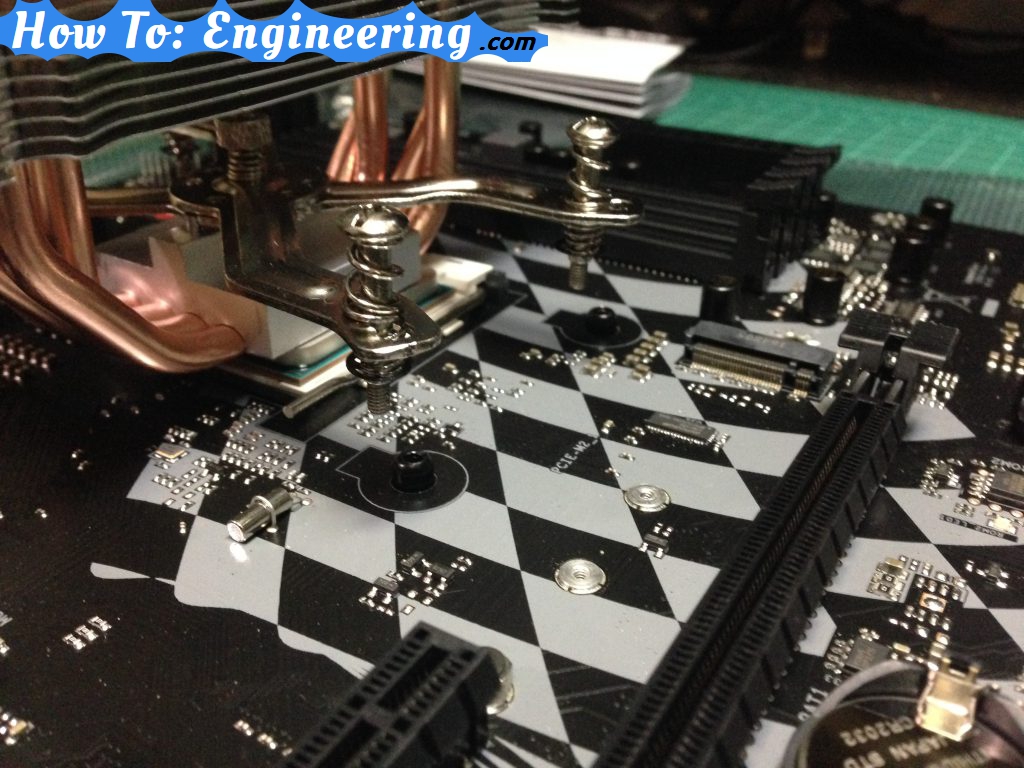 The build started out a little troublesome, as the AM4 CPU Mounts do not match the AM3 cooler that came with the CPU combo purchased at Newegg. I also received a AMD Ryzen processor with no factory cooler! I had no option but to modify the bracket that goes under the motherboard.

After all that trouble, I could not get the motherboard to POST (Power on Self Test). I would push the power button and the fans and lights would come on but no beep and no video.

I then Removed the SSD, Video card, and other items to test which could be causing the issue. Then I moved the RAM around and tried different combos. I didn’t find anything that worked!

I was thinking my 2400 Mhz ram was too slow from what I was reading online. Maybe I needed 2667 Mhz ram to POST the computer. I ran to the store and picked some up. I really wanted this new PC to boot!

(But I did Solve this! Keep reading below!)

I push the power button and wait…. BEEP and the video is displaying now!!!

(UPDATE: The P.O.S.T [Power on self test] on this combination of parts takes longer then most computers, at about 30 sconds before the beep and anything displayed on my monitor…. I may not have waited long enough with my first set of parts, but now that I have everything, why not keep the full 32gb of ram, and the new power supply.)

I am very happy with my new computer. It’s incredibly fast. Send us a message on Twitter or Facebook If you want me to test anything else out.

The only CON: I can’t wait for the proper AM4 bracket so I can replace my modified one. 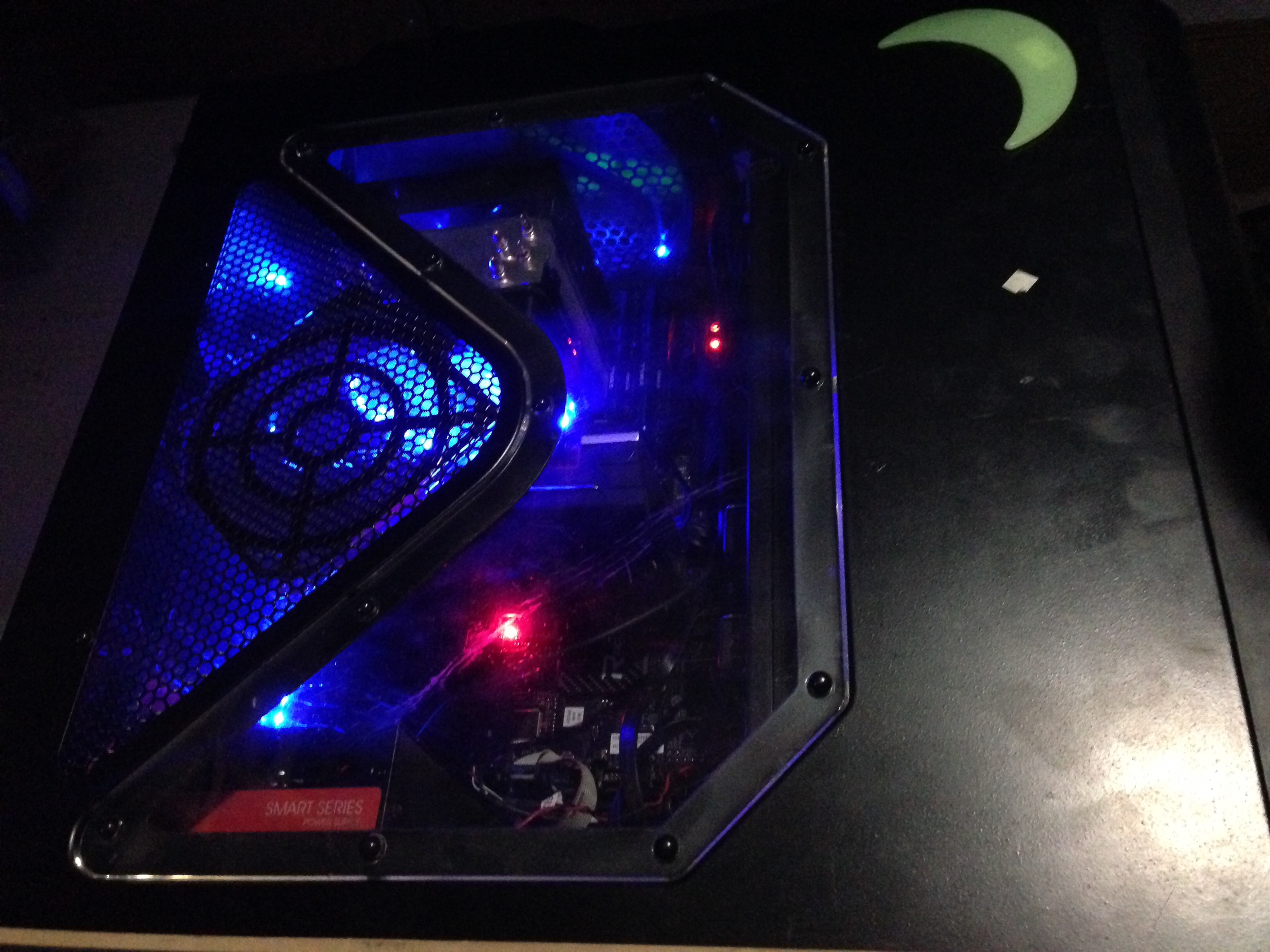 Also RGB lighting is fun too!

Check out my update – 1 Month of using AMD Ryzen. I also have all the Unboxing videos on the update post!